Throw Away Your Data-Driven Content Playbook and Start Over

A massive data dive leads this strategist to the realization that most brands need to rethink how they use data in marketing. 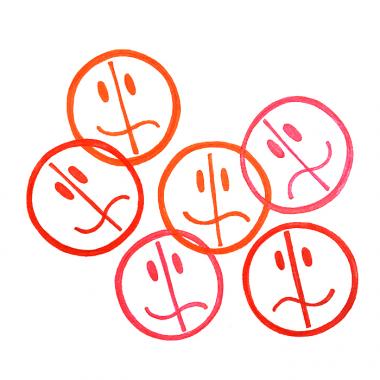 This was supposed to be an amusing thought piece about American culture—the fluffy kind of blog post an agency strategist might whip up as evidence of his or her adroitness with data and insight. (You would enjoy it, we’d look like a clever agency, and we could call it a day.)

But it went horribly wrong.

During the process of writing it, this post became a foreboding view of what could happen if we fall asleep at the wheel and compromise our critical thinking skills in favor of blindly following the answers that our data spits out. It portrayed a dystopic future state for our dear industry if we continue to think of strategy only as a precision instrument and allow the fundamental skills of observing culture, taking a broad perspective and questioning everything to atrophy.

It started innocently enough with a question as we debated over lunch in our strategy department: If America is as culturally divided as the media would have us believe, could we find anything that most of America agreed on? There had to be something.

Could we build a profile of the real American identity, based solely on data about the attitudes and beliefs that at least 51 percent of Americans claim to hold? The idea was to use our secondary data tools to filter thousands of data points and build a profile of who the “Majority American” was, in their own eyes.

We looked at what people said about their diets and exercise routines, favorite ice cream flavors, political views, religious views, family values, auto preferences, healthcare habits, and attitudes about technology, family, entertainment, shopping, travel, dining, the environment and the economy. We looked at how they rated their economic prospects, personal appearance, work-life balance, family life, financial situation and far beyond.

And sure enough, a profile emerged. The results would warm your heart and restore your faith in our collective American values. The Majority American was practical, down-to-earth, striving for better in all aspects of life and valuing their family, community and faith.

Mission accomplished. Optimistic thought piece complete. America still has its core values; let’s make sure we reflect those in our content; let us know if you need our services.

First the Data, Then Reality Sets In

Here’s the rub. That data’s simply not true, is it?

Everything the data showed that Americans claim to believe violates everything else we’ve learned to be true based on research we’ve done for all our clients. Are we all just lying?

The data showed that a majority of Americans want to help the environment by buying natural products, cutting emissions and doing their part. Yet our country accounts for 28 percent of global emissions. Our per-capita greenhouse gas emissions are among the highest in the world. And while 94 percent of Americans support recycling, only 35 percent actually do it.

The majority of Americans claim to be completely practical and rational in how they buy cars. They simply want an efficient, safe car to get them from Point A to Point B. Yet the No. 1–selling car in the U.S. is a truck. We get fewer miles per gallon than much of the world and just put the American sedan industry out of business.

In general, Americans claim to be practical shoppers: They say they want to buy American, are willing to pay more for quality products, like to shop in physical stores so they can feel the products in their hands, and are immune to coupons, deals, advertising and cheap junk. But 95 percent of America shopped at a Walmart (or on its website) in recent months to pay the lowest price possible for largely imported goods; a third of the population actively searches for coupons online; and brick-and-mortar retail continues to decline.

The majority of Americans say they try to eat healthy, but more than 100 million U.S. adults have diabetes. The majority say they’re happy with their appearance, but 40 percent are obese and the weight loss market is worth $68 billion. They claim to cook a lot of meals at home and eat with their families. However, 20 percent of meals are eaten in the car now, 37 percent of us eat fast food every day, and we spend only 37 minutes a day preparing, eating and cleaning our meals.

We claim to be crushingly busy, yet we watch five hours of TV daily on average.

We think phones are bad for society and then proceed to use them for three hours and 15 minutes a day.

The majority of Americans believe religion is a pillar of our society, yet only 22 percent attend services weekly.

We hate borrowing money but have incredible debt.

We say we take our medications exactly as they’re prescribed, yet Americans have a higher success rate filling their scripts for their pets than for themselves.

We say it’s important to travel to places we’ve never been and to learn about new cultures, but nearly 40 percent visited the same locations (and even went to the same restaurants for the same meals)!

But What’s the Data Really Telling Us?

That was exhausting. What is happening? Are we all just tremendous hypocrites? Are we not autonomous beings in control of our choices? Did we just uncover the Matrix?

None of the above. There are a few key learnings here.

A strategist must by nature be a data skeptic, not a zealot. If I’m not questioning things to the point where it irritates most everyone else at the agency, I’m probably performing the marketing equivalent of a cat chasing a laser pointer. The truth is, data can be deeply flawed, especially when it’s self-reported survey data. Will we have the wherewithal to catch it?

Nothing exists in a vacuum; there is not one magical data point. There are no clear-cut answers. Data’s only as useful as our ability to put it in context and understand what it means in broader terms. It’s just a new way to do the old type of insight work. Don’t let anyone take the creativity out of strategic thinking, or you’ll find yourself in Wonderland.

If we took this data at face value and used it to create content, it’d be a nice reflection of what Americans want to hear, but it would do nothing to drive action (as is the case with so much content). What people say is a very poor indicator of what they’ll do.

It’s simply true that decisions are driven by our unconscious brains, based on feelings and needs we’re rarely even aware of. Content needs to stop trying to talk people into things. If all we do is use data from what people say to churn out more rational information they’d like, we’ll be hurling ourselves repeatedly into an immovable object.

Instead ask yourself: What does your audience need that they wouldn’t know to ask for?

Rethink How Your Brand Uses Data to Develop Content

If we use data to find the tensions between what people say and what they do, we can uncover some unique and meaningful jobs for our content and marketing to perform.

If people want to eat healthy but often don’t, think about what barriers you could level for them instead of just publishing more recipes.

If people like learning about new cultures but end up traveling to the same places, find out where the journey to a different decision is breaking down instead of merely producing keyword-driven travel posts. We share why you can’t afford not to embrace behavioral economics.